What is a Christian Gnostic? 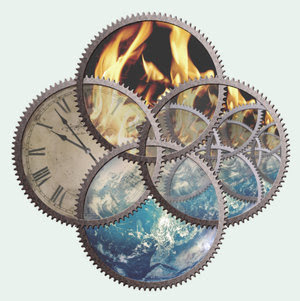 Gnostic Christianity is a Way of Life based on the original teachings of Jesus Christ. A gnostic is a person who believes that salvation is gained through the acquisition of divine knowledge or gnosis. Gnostic Christians believe that the knowledge necessary for salvation has been revealed through Jesus Christ. Gnostics recognize that this world is subject to powers of darkness that distort our concept of reality. As Jesus explained, "The shadows of this world are perceived by mortals, and they think they know the Truth, but the Reality which casts the shadows is hidden from them, and they do not perceive the Light." (Sayings 2:2)

When gnostics speak of salvation, they mean being freed from these illusions of darkness so that they can perceive Reality. As Jesus said, "I tell you the truth when I say that only when you perceive shadows as shadows, and search the Light, will you perceive the Reality which is God." (IBID.) He also said, "If you continue to acquire gnosis through me and live by the principles I teach, you will be my true disciples. Then you will learn of Truth, and Truth will set you free." (Testimony of St. John 8:31-32)

While Jesus used symbolic parables to motivate his hearers to search for the knowledge of Truth, he privately entrusted to his disciples gnosis, experiential knowledge which they could share only with those who became their fellow disciples. On one occasion, Jesus said to his disciples,

It is your privilege to learn the mysteries of the realm of the Eloheim because you have entered the Covenant," Jesus replied, "but to those who remain outside the Covenant, Truth can be shown only in parables. This is because they live in a world of illusions and shadows where Truth is hidden from them. Only the shadow of Truth can reach them until they reject the lie and come into the Covenant of Light." *** In this way, Jesus used many parables to point their minds to the word, for the parables were all they were able to receive, but through the parables, some of them would have their minds opened and would begin to perceive the Inner Truth. When he was alone with his disciples, however, Jesus expounded these principles, unfolding before their minds greater Light and carrying them deeper into the mysteries of the spiritual realm. (Testimony of St. Mark 4:10-11, 26-27)